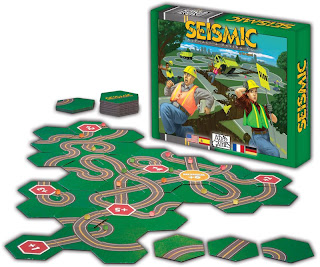 I'm from California. I was born there, grew up there, graduated high school and college there, and lost my virginity there (not all in that order). I live in Texas now, which is too hot, has no beach, and yet still suffers from the same number of stupid broads with fake boobs, but now I have to live with hick accents and too many NASCAR fans.

And yet, even coming from there, I think the concentration of idiots is higher in California than nearly anywhere I've ever been (and that's saying something, because I've been to Florida). For starters, people don't seem to be the least bit concerned about the fact that they're on top of one of the world's weakest building foundations, the San Andreas fault line. These slack-jawed dingbats have more money than sense, and think being rich will save them from all the natural calamities that seem to hit Southern California more often than anywhere outside Southeast Asia (which, as anyone can tell if they watch the news, is the natural disaster capital of the world).

You can drive up the coast and see houses built on cliffs, extending out over the beach below. Have these dopey bastards never seen a mudslide? All it would take is a little ground jiggle, and your living room washes out to sea on the next tide. And tall buildings - why would anyone build anything taller than two stories? I've seen enough earthquake movies to know what happens when the ground starts flopping around like a jello shooter at a frat party, and you couldn't pay me enough to work on the top floor of one of those skyscrapers in downtown L.A.

Apparently, the creators of Seismic agree that Southern California is a little bit accident prone, because they want you to act out the creation of a freeway system in a city that's more or less destined to slide off into the ocean. You place all these little hexagonal tiles with roads coming off every direction, and then you put work crews on the roads to claim them.

Then, at regular intervals, earthquakes hit San Andreas and pieces of freeway disappear. The frequency of the earthquakes is 100% random, and could happen anywhere from six times a game to none at all, which gives you just about the same amount of notice that those drooling buffoons get, the ones who live in Newport Beach and build houses on stilts.

At the end of the game, you count up all the roads where you have work crews, and if you've got the most connected road segments, you win.

I won't be playing Seismic again. I didn't like it, my family didn't like it, and I doubt I could talk my friends into it. I'll hold onto it until I do another contest and then give it away. Maybe someone else will like it - probably the same kind of person who would decide to build a rickety home on a fault line.

Pros:
Really easy to learn and play
Beautifully illustrates the dangers of living in precarious housing in Southern California

Cons:
Shallow
Way too basic
Some of the most boring art I've ever seen in a board game

Want to play Seismic? Move to L.A. and you can play it for real.
http://earthquake.usgs.gov/eqcenter/recenteqsus/
Posted by Matt Drake at 4:50 PM