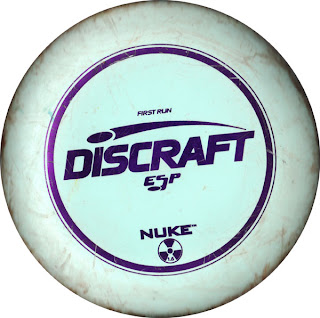 My kids are teenagers. For those of you not familiar with this malady, one of the main side effects of being a teenager is a secure knowledge that your parents are idiots. So are most adults, with the exception of A) extremely popular musicians, B) any extraordinarily attractive member of the opposite sex (as long as they don't know your parents), and C) the homeless guy who tells stories about Vietnam and carries a knife he made out of a discarded hubcap. This condition leads to a series of unpleasant symptoms, including unpleasant sneers, casual disrespect, and treating your parents and any other authority figures with the contempt other people reserve for microbial fungus.

So when I try to think of things to do with my kids, it's a challenge. This weekend, I tried to think of something we could do outside, something active that might tire them out so that they would fall asleep early and not bother me while I watched late-night TV. It was a beautiful weekend, and I wanted to go to the park, but my kids don't want to go to the park unless either Justin Bieber or Megan Fox is there (and that's specific, depending on the kid - my son would like to drop-kick Justin Bieber, and my daughter thinks Megan Fox is slutty and does not understand that this is precisely why my son and I like Megan Fox). Thinking about the park reminded me of my halcyon college days, when we would play Frisbee golf, and then I thought that it would be awesome to share this experience with my kids.

Of course, I would have to edit it from how we did it in college. See, we just picked up a case of beer and a couple Frisbees and went down to the park. We did our level best to hide our consumption of alcohol, so we were never asked to leave, but we also didn't have a ton of manual dexterity. Plus our Frisbees were cheap, lopsided pieces of crap, so between the piss-poor tools and the fact that we were piss drunk, we kind of sucked at it. But it was a fun way to blow a day.

For my Frisbee golf experience, I just went to Target and bought a bunch of Frisbees. They were three bucks each, so we could afford to knock them around a little, and just to recreate the fun times from my youth, I also managed to buy lopsided, crappy Frisbees. Then I took my kids out to the local park, and we threw our Frisbees at trees in a sort of course we made up as we went along.

This was fun, but unfortunately, I was playing with teenagers. They quickly grew bored, which lead in short order to grumbled complaints and generally sullen dispositions. It didn't help that our Frisbees would not fly further than twenty feet before crashing to the ground, or that my daughter could not get her Frisbee to fly at all, mostly because her interpretation of a Frisbee toss looks more like a blind man chucking a shot put at the Special Olympics. We played three matches, and then decided to head back home. Gorgeous day or not, we were just not feeling it.

But I am one persistent bastard, able to work past moody teens and shoddy construction alike. I went online and found that my city has a very large disc golf course. I determined that we would take our three-dollar Frisbees to the park, and I would show my kids how much fun could be had when we played on an actual course.

I distinctly remember my Frisbee golf outings being very casual affairs. We laughed, we threw Frisbees, we became inebriated, and we never kept score. If we had crappy Frisbees, then so be it, because the point of the outing was to enjoy a nice day with some friends. My memory did me a massive disservice.

It turns out that disc golf (it's called that now, because nobody uses Frisbees any more) is quite a bit more serious than I remember. Now people have gym bags full of discs in different sizes and weights. You may have to throw your disc (not a Frisbee) hundreds of yards to get from the start to the finish. But the most shocking thing of all - now this game has rules.

Of course, this is all information we found out after I started playing Frisbee golf in public with my teenage kids. We walked right through the middle of the range, unaware that people were waiting to throw their flying guillotines right where we were strolling. We carried our crappy Frisbees and wandered around, looking casually around for a nice spot to start throwing. To draw an analogy, this was like wandering onto a professional golf course with a Wiffle ball and a tire iron, standing in the middle of the putting green and teeing off backwards at the ninth hole.

It did not take us long to figure out how horribly wrong we had gone. A group of guys asked us very politely to get out of the way as we tromped up the hill toward the launching point. They didn't have to be polite. I doubt I would have been. We watched them throw their cybernetically enhanced discs the length of two football fields. They took running starts and everything, then picked up their bags full of disc golf materials and walked off.

I told my kids that by God, we had come this far, we were playing at least one hole. So we bravely chucked our wobbly plastic pool toys down the hill, and as we did, another group of disc golfers came up behind us. My daughter was nearing a complete nervous breakdown at the sheer embarrassment of being wrong in public (this is a leading cause of early mental illness in teenagers, second only to the horrifying embarrassment of showing up at school in a blouse that doesn't match your shoes). But we bravely soldiered on, and happily, the group waiting behind us was just as cool as the first guys about letting us finish (though I am fairly certain they were laughing at us).

We finally managed to throw our discs into the basket that indicated we had finished the first hole. I then immediately gave in to the increasingly loud protestations coming from my progeny, and we headed home. But on the way out, some incredibly friendly disc golfers handed us some well-used discs and told us where we could go to buy some more. We chatted for a few minutes, and I learned a lot more about the game from them.

First, it seems there is a whole organization devoted to the sport of disc golf. It's not just drunk co-eds with Frisbees any more. The Professional Disc Golf Association (PDGA) is kind of a big deal, even if I have an incredibly difficult time taking it the least bit seriously. I mean, this was a game that we played drunk, for crying out loud. And now there are people who do it for a living!

Second, there are rules. Lots of them. There are rules about marking your discs, about playing with cracked discs, and about using mini markers (I still don't get that one). The official rules include stuff about 'marking the lie' or 'provisional throws' or 'tee pads'. That last one makes me giggle a little. Tee pads. Heh.

And the thing that really amazed me was the sheer quantity of stuff these guys were carrying. I thought we were weighed down because we had a water bottle. These cats have bags full of discs, in different colors and weights. There are drivers and putters and mid-range discs. Not one of these discs resembled our crappy plastic beach toys, either.

My experiment in disc golf has made me want to play a lot more. It's free, it's good exercise, and it's actually really cool to see how far you can throw one of these things. No matter the weather, you can go out and have a good time. It's obviously a different game if you're playing in the rain, but I think it would be a hoot anyway. In fact, I'm planning on heading out and buying some discs.

Assuming, of course, I can get either of my kids back to the park. I'm pretty sure my daughter would stab me in my sleep to get out of having to do that again. But she got to spend some time with ol' Dad, and even if she does hate me just a little bit more than she did before, at least she got some exercise. And my son won't wear shorts to save his life (they wouldn't look cool enough), so I may have to wait until we have snow on the ground.

Pros:
Great exercise
Fun and casual sport
People tend to be far friendlier than I would expect
Actual golf discs are wicked cool, and fly a really long ways

Cons:
Not hard to feel stupid if you just go out and start playing
A lot more serious than I remember
Those discs can take out an eye

If you want to get more official info on disc golf, check out the PDGA site. Keep in mind, however, that your local park probably looks like mine, meaning it's covered with weeds, dry grass and discarded condoms.
http://www.pdga.com/
Posted by Matt Drake at 6:59 PM

> this was like wandering onto a professional golf course with a Wiffle ball and a tire iron, standing in the middle of the putting green and teeing off backwards at the ninth hole.

I blew Coke out unconventional orifices on that one. Must go clean up the mess ...