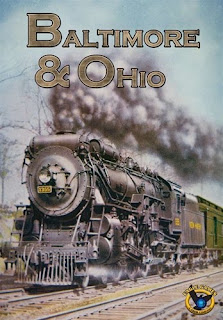 There are several things about a board game that tend to earn bad reviews from me. Design an ugly game, and I’m going to tell people. Make me do a bunch of math, and you’re likely to piss me off. Give me a dull-ass theme with arbitrary historical accuracy and no body count, and I might just end up putting your game through a wood chipper just to keep it out of the hands of children who might play it and not realize how important violence is to board gaming.

This sure does sound like an 18xx, though those don't need calculators.

If you are inspired by the genre, I'd check out 1830. The others are more track oriented, but 1830 balances building and market manipulation.

I do recall a Eurorails/Empire Builder variant called Nippon Rails which is, oddly, really good with 3 players.

I suspect that the open/chaotic capitalism of early US rail history invites making games in this period.

Speaking of bloodshed, did you ever get into "Up Front"?

Ken Boon wrote a computer application to assist with the math. It regularly sheds a good 30-45 minutes off of our games. It is available on BGG.

I've never even heard of Up Front, but I'll check it out now.

If you hate the components for this one, I'd love to see your reaction to the 2009 Winsome Games release of this game --very spartan. The edition you reviewed is MUCH nicer.

Then that must be one ass-ugly game, because this one is seriously unattractive.

It is out of print. I hope you can find a copy. I haven't seen anyone else use a similar system.

I have Up Front. My Dad bought it years and years ago, and it's all mine now. It's a WWII-ish soldier-on-soldier card game sort of thing. Sort of ... We got through some of the rules at some point a few decades ago, and that only took hours and hours. The rule book, from what I recall, is a buzzillion pages long. But there are two huge plusses:
1) It is an awesome game. Absolutely awesome. Just cards, but each card is a soldier or weapon or ability or something like that. Lots of strategy involved, and lots of details.
2) The incredibly long rule book is broken up into parts. You read through the first part, and then play a game. Then read some more, and play again, but this time using more of the card traits and such. And so on. The minus here, though, is that each of these parts is pretty long, like 15-20 pages of small print, if I recall correctly.
But Up Front is a fantastic game.