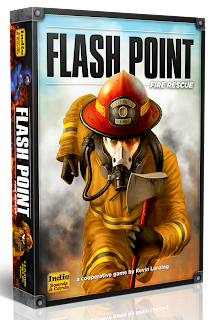 When I was a kid and my parents were half-hippies (incidentally, nearly every parent whose kids were born in the 70s was at least half hippie, especially if they were academics like my old man), we had a game called The Un Game. It was a game you played where nobody won and there was no competition. It was dumber than goat cheese, but it did highlight an important point about games - people don't really like losing. I could have told my parents this little tidbit without having to play such a retarded game, but they were half-hippies so we played it anyway.

(By the way, experts disagree on what, exactly, makes a parent half a hippie. There are some who insist merely smoking weed while you were pregnant makes you a hippie, and others who say that just makes you a dumb sack of crap who could still be a Republican. My parents did not smoke weed, but my mom had very long hair and my dad had a huge beard, and I remember more than one church service that took place outside, and we played instruments made from cleaning supplies. Not sure if that qualifies, but I'm still pretty sure my parents were at least quarter-hippie, if not full-fledged half-hippies.)

Now we don't have hippie games any more, unless you count anything that Looney Labs ever created, but we do have cooperative games. Interestingly enough, most cooperative games are not born of a desire to avoid making someone lose, but rather to make everyone work together toward a common goal. These are practically corporate games, not hippie games, and could probably be used as team-building exercises (this is a term used in big business to describe anything that is not your actual job but that you have to do anyway, as long as it involves other people).

There are many cooperative games that utterly fail to be interesting, unfortunately, largely because they end up being mostly like a puzzle that one person solves and then he tells everyone else what they have to do. Happily, Flash Point is not one of these. Flash Point is a very fun cooperative game where you and a few friends sit around a table and save innocent people and their pets from a randomly blazing house fire.

Right from the start, Flash Point is better than most cooperative games because it is not some lame puzzle game. You won't be saying, 'OK, you go here, then I'll draw this card, then you play over there, and I'll do this, then you hit me in the face for being a micromanaging asshole and then I will try to stop the blood from coming out of my nose.' Instead you will be saying, 'holy crap, save the dog! I'll try to put out the fire!' And then something will explode and you'll be thrown out a window and the dog will be cooked like Christmas ham.

In fact, in terms of allowing individual decision-making instead of group think, Flash Point is closer to Arkham Horror than Pandemic. Because fire can pop up anywhere, a move someone suggests on their turn could be pointless by your turn. Sometimes the move that everyone says is stupid could be the one that saves Little Johnny's life, as you cut through the wall with your fireaxe and drag him off the toilet to safety when everyone was screaming for you to put out the blazing inferno. Then the blazing inferno explodes and demolishes the house, and you end up polishing your medal for bravery and telling the others that they can suck it. By the same token, the move that everyone agrees is the best maneuver could end up costing you the game, so nobody can blame you for using your best judgment and just doing what seems like a good idea at the time.

Flash Point could not exist in a vacuum. It draws elements from lots of different cooperative games. You can see ideas from Pandemic and Shadows Over Camelot, Forbidden Island and Ghost Stories. And then it takes the parts it borrows, improves them and focuses them, and applies them to a completely different idea to make a different game that is more fun than most of its predecessors. For one thing, you're all firemen. All by itself, that's pretty awesome. The only way it could be better is if one of you could be an astronaut and one could be a policeman, but then you would be uncomfortably similar to the Village People.

As you play Flash Point, the fire that rages around you will keep you guessing and running around in circles. People will cry out from inside closets and underneath tables. The gallon drums of gasoline that the parents store under their bed will explode and throw fiery debris all over the living room. You'll force your way through an inferno, just to find out that the cries you heard came from Little Rosie's realistic baby doll. And for no reason I can imagine, you'll save the family cat.

With all this excitement, it's hard to stop playing after you win. In every game we played, we kept going even after we knew if we had won or lost. The first time, we got our seven victims, but went back for the other three - but then the house collapsed and killed a firefighter and made orphans out of the five kids (and two pets) we had already rescued. Once we kept running around, dragging people out of the house until we had nine (sadly, Aunt Edna died on the toilet). Every time we played, we kept playing - four times, in fact, which is coincidentally exactly how many times I've played this game. It says something about how much fun Flash Point is when we all want to keep playing even after the game is over. We don't even do that with Arkham Horror, and we love Arkham Horror.

Maybe the reason Flash Point is so easy to keep playing is that it's fast-paced, tense and most of all, short. You can finish the whole game in 30-45 minutes, and with four different levels of difficulty and two different houses to put out, there are plenty of reasons to go back and try it again. Can you still save all those people if they have a box of bottle rockets in the attic? Would it be better to send in the fire chief and leave the paramedic in her ambulance? Why on Earth do we keep saving the stupid cat?

Flash Point might not be a hippie game, and it's certainly not one you can win every time. But it does have a ton of excitement and thrills, which is not something I can say for The Un Game. That just had everybody singing Kumbaya and saying nice things about people we barely knew.

Pros:
Tense and exciting, with barely predictable randomness and occasional flaming death
Not a game where you have to listen to one dickhead who thinks he's in charge
You get to be firemen

Cons:
The wooden pawns would have been 236% cooler if they were little plastic firemen

Flash Point is a bad-ass cooperative hootenany. You can find it at Noble Knight Games, where you will totally save some money on it:
THE ROOF IS ON FIRE
Posted by Matt Drake at 2:57 PM

Great game. I added plastic firemen to my copy. http://cf.geekdo-images.com/images/pic1239959_lg.jpg

Those are perfect! Are they MegaBlox? I may have to hunt some down. The game really does need little plastic firemen.

here is my version with LEGO minifigs :)

No, Ghost Stories for Flash Point is not a good trade, because you want both of them.

That's entirely dependent on your situation. Will you have more players for saving puppies in fires, or busting ghosts with kung fu? Which theme do you prefer more?

If you just want more game, Ghost Stories has expansions and different end game guys. On the other hand, the theme is Ghost Stories is a little weak, where it's a lot easier to get into the atmosphere with Flash Point. Basically, the choice is not a matter of which is a better game, it's a matter of which you, personally, will enjoy more.

I guess if it came down to it, and I had to pick one cooperative game and throw out the rest, it would have to be Battlestar Galactica.

Yeah, Battlestar Galactica looks really nice, but any games longer than 2 hours is worst than hell for my gaming partner...!


I think I will trade GS for Flash Point. My buddies are mostly casual/light gamer, so I think I'll have more chance to play it often.

Thanks for your answers and reviews!

Matt, those figures I posted are MiniMates MAX Elite Firemen, a Toys R Us exclusive. I painted some bases and glued them to their feet.

Someone needs to make an RPG where half-hippie is a selectable class.

Demi-German and Quarter Rican as races. There will be more.

Kickstarter has this going with two expansions and plastic firefighter NOW.