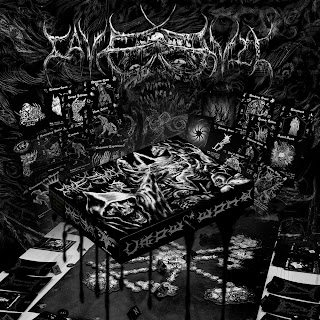 As lord of the Abyss and Master of inappropriate Capitalization, I vow to bring death and madness to all who would deny the Pure awesomeness of Cave Evil, where death rules and evil also Rules. Those who would refuse to dive into the well of Pustulent disease and play Cave Evil have failed to appease the dark overlord of Darkest darkness and will be condemned to listen to Justin Bieber and bad hip hop while we revel in the pure unadulterated Evil of our twisted master.

Cave Evil will bring about the end of times, as long as those times that are ending are the times when we are doing boring stuff like doing homework and getting haircuts. Because we will don our Robes of Ultimate evil and become necromantic masters, commanding dark minions like shoddy abominations and Slimy Whore Bitches. I may have made up one of those. Guess which one, or be consumed by supreme BLACK evil.

We will search through the Cave Evil, accompanied by our bad-ASS minions of evil and dead Death and stuff. We will summon horrid cave worms and maggot swarms to crush all our foes under our skeletal Ankle bones, and some of our ultimate BadAss Minions will be good at digging, and they will uncover hidden caves, where we will find allies to add to our armies of seriously freaking Evil buddies who like to do evil stuff that is EVIL.

And maybe they will open up the caves and instead of finding other Evil guys, they will find Evil stuff that we can use to get more minions, like Evil metal and Evil fire and evil GORE. And then we will use all the evil stuff to bring on even more EVIL and stuff. Then we will bang our heads and listen to Gwar and not really understand that we're not actually supposed to be taking this ridiculous crap seriously.

When we meet other Evil Necromancers and their Evil Necromantic MINIONS, we will do battle using our Evil powers that are evil. We will call up on the power of the horned hellion and the DEMONIC gore princess, and we will pit our strength against their strength and our weapons against their weapons and our blood lust against their blood lust, and then we will roll some dice. Because all truly powerful bad guys use dice for fighting. Then some of us will die, but who cares, because we're already dead.

For a game this twisted and EVIL, there is only one acceptable color, and that color is black. Any other color is weak and not EVIL at all, and so everything in Cave Evil is black. There will be no blue or pink or purple or other colors like the mistress whores of DEATH wear (we call them cheerleaders). Even different player colors are black. But there will be a little red or gray or something, because otherwise we would never know which evil bunch of bad guys were ours and which belong to our friends who also like death metal and EVIL.

As anyone who likes games (and maybe Evil) should know, games where people get killed are the best kinds of games. The only thing better than games where people die is games where dead people die again because we kill them with our awesome EVIL powers. We will throw rotten eggs at the houses of people who play weak games with stuff like worker placement and resource management and other stuff that only Weak people do because they are not evil enough to play games like CAVE EVIL. And Cave Evil is wicked fun. Really - it's pretty Evil.

Pros:
Crazy fun dungeon brawl with all kinds of bloodshed
You can play like a random idiot, but the smart players will do better
Monstrously dark fun
Completely unapologetic design makes absolutely no compromises
Freaking Fun As Hell

Cons:
A little bit complicated, but you'll figure it out
Not for people who are either not into Evil, or who do not have a healthy sense of humor

If you like Evil, or if you like games that take a style and make it their own, or if you just like awesome competitive games where the goal is to kill everyone else at the table, then you will totally love Cave Evil. But you can only get it from the guys who publish it, because they are far too EVIL to work with a distributor.
BORN TO SOW THE SEEDS OF ANARCHY
Posted by Matt Drake at 2:56 PM

That is seriously your best review ever.