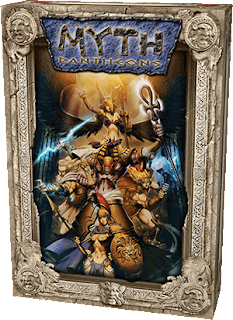 Those of us who play lots of games where we can complain about the art and debate the soundness of the mechanics tend to forget that there are a whole hell of a lot of people who play games. There are bridge teams, poker nights, chess clubs and backgammon associations, and the odds are pretty good that most of the people reading this have little to do with any of those 'regular' gamers. Heck, those people don't even consider themselves gamers, even if they meet every week.

Take, for instance, my in-laws. These are a couple retirees who play a game called 500, which is very similar to Spades, and is played only with a deck of cards. They'll play a lot more often than I play my nerdy games, but they still don't think of themselves as game nerds. They're just old people who play cards - but they always beat me. I mean ALWAYS. I have never beaten them at a game of 500, even though my wife is just as good as they are (it's a partners game, and my wife gets very irritated with me for sucking).

So you would think a game like Myth: Pantheons would be a great meet-in-the-middle kind of game. On the one hand, it's a trick-taking game where you have to follow lead before you can trump, and on the other hand, there's manga art. Best of both worlds - a tricky card game for the old people who just play cards, and some sweet graphics and theme for those of us who obsess over our game collections enough to list everything we own on a board game site (not that I'm saying you do that... but you totally do, you know you do).

Unfortunately, Myth is not going to be the game that makes us all join up with casual gamers. The fact that it plays a lot like Spades is not enough to offset the death domain, divine acts and cardboard tokens. The thematic parts of this game are a lot more prominent than the part that looks like a regular card game. However, if you walk into this one as a game nerd who plays cards, you'll have an edge right off the bat.

The object of Myth is to capture cities and recruit followers. Every turn, you'll be competing for a city, which has a ruling domain (that means trump, but it's not as much fun to say, and doesn't fit as well with Athena, the hot goddess with a sword). You each play a card, and you have to follow suit, which means if the first player plays harvest, you have to play harvest, unless you're out of harvest, in which case all bets are off and you can play whatever you want. Win enough hands, and you'll grab the city, complete with followers.

Right off, this would be a pretty decent game. But to make it a lot more interesting, there is a bunch more stuff to do. For instance, every god has five cards that can only be played once, but grant crazy special powers. There are all these different tokens, like heavens and death and harvest and war and weather (actually, that would be all of them), and you can play the different tokens to do crazy stuff like blow up cities, build followers, draw cards or short-suit yourself. In fact, there's enough going on that if you're one of those old people who just plays cards, you're going to be very irritable ten minutes after I start explaining the rules, and then you're going to go into the other room to watch Turner Classic Movies because they were filmed when you were in high school.

You play until one person runs out of cards, and then you repeat two more times. It takes about an hour or so to finish a game, and I'm not going to lie - it can drag a little. By the end of the game, most of you are going to be ready to stop. It's not that it's a bad game, because it's not, it just takes a bit to play, especially if you're playing with new people and blowing their minds with the tricky parts. My wife, who I may have mentioned is something of a shark at 500, had trouble figuring out how to tell what suit was trump until the end of the first round. My daughter never won a single city, and she declared several times, as we played, how much she hated the game.

So Myth is not a simple game, though it looks like it should be. It's not fast, but sure seems like it ought to be. It is pretty, though, with those cool linen stock cards and sweet art that looks like it just jumped out of a trippy Japanese comic book. And it's intensely strategic, with lots of room for good card playing, so it should appeal to the committed game geek who also plays cards with old people. But it's hard enough to learn that many gamers are going to get frustrated, and they might throw it down in disgust without bothering to learn it. That would be a shame, because once you grasp the basics, this is a fun game, and it would be best played with a handful of people who all know what they're doing, but to recruit such a group, you have to convince those people to try it twice, and that might be a tough sell.

If you can find some people willing to play this until they learn it, and if you can master the concepts behind a good trick-taking game, and if you can figure out how to use the divine acts to tweak your game a little and just enough to get the edge you need, then Myth: Pantheons is a very fun game. If you're pissed because there are no dice, don't even bother to look at the box.

Cons:
Might be intimidating for some gamers
Not exactly complicated, but different enough that you'll lose some fans

Dogstar Games doesn't have Myth: Pantheons right now, but I'll be pestering them to carry it, because it's fun. Once they have it, I'll update a link right here.
Posted by Matt Drake at 7:11 PM

Matt, why do you have to do this?

I thought I didn't want to buy any more games right now.

But I grew up playing Pinochle and Oh Hell, and I saw the banner ads on game sites before thinking it looked cool.

Dude, I'm with Matt. The first game is EXCRUCIATING! But, the second is fucking wicked fun.