Board Game Review - The Tower of Mystery 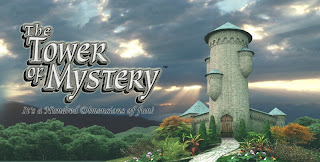 In case anyone was wondering - this is not the bad game I played Friday night. I'm still reviewing that, just haven't got to it yet.

Hi,
The Tower of mystery sound interesting....I will like to try this game....