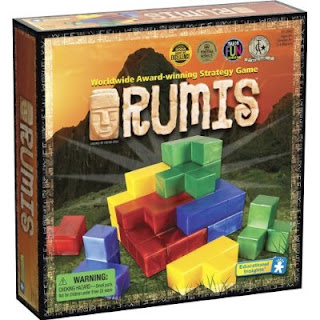 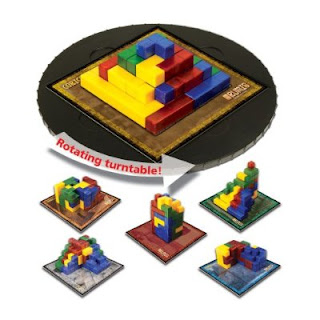 In the heart of what is now South America (or maybe Central America, I suck at geography), in the ancient land of Maya (or May? I also suck at history), a wise old group of architectural geniuses made gigantic structures out of huge rocks. They were so good that they didn't have to use mortar, mostly because the rocks were freaking gigantic and they weren't particularly likely to go sliding around.

In order to plan out how these gigantic rocks would be cut and fit together, these brilliant Mayan architects used a set of carefully crafted blocks. They carved these blocks out of walrus tusk, which was particularly impressive because they had to go a really long ways to find walruses to harvest for tusks. But they made the long trek to get walrus tusk so that they could make these really groovy sets of blocks, and then they used these blocks to plan out how they were going to build their temples and towers and walls and stuff. They had to do use these tricky blocks because they were too stubborn to just build stuff out of wood, which is especially crazy when you consider that they were right in the middle of a rainforest.

These blocks were shaped like a pile of Tetris pieces, if Tetris was in 3D, and actually I think there was some kind of 3D Tetris thing, but I was in college then and mostly spent my time studying, drinking or chasing skirts. Anyway, these clever little walrus tooth blocks were stacked up on a little grid to make sure that the towers would last until the Mayan calendar gave out and the world ended. (Incidentally, I have it on good authority that the Mayan calendar ends when it does, not because they foresaw the end of the world, but because at some point some Mayan dude came around and said, 'what the hell are we going to do with 700 years of calendar? Stop already!' That, or they were trying to avoid paying overtime.)

Now, hundreds of years later, you can get your own sets of these crazy blocks, and you can even use them to play a game! In fact, when you buy Rumis, you get four sets of colored blocks, each in a different color, and you can gather some friends and all of you can try to build ancient Mayan architectural wonders. Of course, since these are plastic and not gigantic rocks or specially farmed walrus ivory, they kind of slip around, so your Mayan temples will probably not support a human sacrifice, which is just as well because those are really not as popular as they used to be.

You also get a wonderful lazy Susan - you know, one of those spinning plates where you can put your honey and then spin it really fast so it flies off and splatters all over the kitchen table. That way the board can rotate so you can look at your structure from every direction, to see if you can fit one more piece without having to lift your sorry ass up out of your chair and walk around the table.

The goal of the game is to try to cover up all your opponent's pieces and have the most pieces on top when everybody runs out (you are, after all, not Mayan architects, and don't really need to build gigantic rock towers. Hell, if you had enough real estate to build a pyramid, you could probably also afford to hire a builder, and not have to conquer a small country for slaves to push your humongous stone cubes into place). You can play nice and just try to leave yourself openings at the top, or you can play nasty and block your opponents so that they have to sit there with a bunch of pieces in front of them and no moves. So you don't get to rip out any hearts with ritual obsidian knives, but you do get to really stick it to your friends, and that's nearly as much fun.

Rumis is a cool abstract game with really nice pieces, though the plastic slides around too much and gets really wobbly when towers get tall, so you're not sure if you're building ancient Mexican towers or playing a game of Jenga. But it looks super pretty, and it's fun to play, and you have lots of chances to be mean to people who like you. If you're looking for an abstract game you can play with people who don't usually play games, Rumis is a good choice.

But if you're looking for a good way to plan out complex structures that you'll subsequently build out of enormous stone blocks, you'll need to get some walrus teeth and get carving. Or better yet, just hire a contractor. No wonder the Mayans are extinct.

Cons:
Pieces are too slickery, and towers fall apart when they get too tall

If you're building Machu Picchu in your back yard, Rumis won't work. But if you like abstract games, you can get a copy here:
http://www.funagain.com/control/product/~product_id=016553
Posted by Matt Drake at 3:24 PM