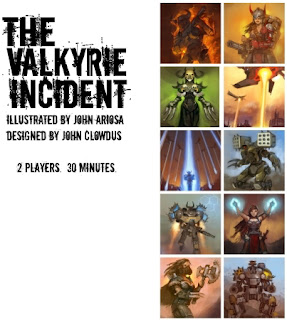 In 1984, on a secret military base in Gun Barrel City, Texas, a crack team of scientists stumbled across a psychotically insane death's-head hawkmoth. As part of a program to develop a super-soldier capable of killing hundreds of unmarried anime fans, they cross-bred the killer moth with a large group of swimsuit models (this group is known in the scientific community as a 'night club' of girls) and armed them with explosives and super-powered robots. These Valkyrie warriors refused to follow the protocols assigned to them, however, and rebelled against their male masters. They blew up the world governments and took over, creating a dystopic alternate future in which giant robots and attractive women rule the planet, but fight each other all the time.

Happily, Professor X was able to communicate to Wolverine through a time breach and they managed to fix the mistake, so in our timeline, everything is pretty much hunky-dory. But in the alternate future, those giant robots and their sexy dame owners are routinely trying to shoot each other full of holes. And it's so cool that John Clowdus made a game about it.

The Valkyrie Incident is a card game about this wildly cool alternate future. You'll do a little recruiting, trying to capture the best cards to fight your battles, and then you'll fight with the cards you've recruited. It's a combination of deckbuilding and area control, with a healthy dose of messing with your opponent. It's only for two players, and it plays in a hurry, so you can try it twice if you didn't like it the first time.

But you'll probably like it the first time. The Valkyrie Incident is pretty cool. The deckbuilding is clever, full of nifty combos that score you lots of cards, and the fighting part is a tricky exchange of blasting your opponents and grabbing up land. It's got enough depth to keep you coming back for more, just to see what combinations you can build. Play a card that lets you slap down a card and blow up another card? Sure. But how about killing off the last three cards of your enemy's deck, and then following it up with a card that lets both players draw - but only you get cards because you just screwed your opponent out of her whole deck? Yeah. That's awesome. And mean. And awesome.

One great element of The Valkyrie Incident is that you're not focusing on just one part of the game. You don't recruit just to win fights, and you don't hurry through the fighting to get to the deckbuilding. Both parts are a big deal, because in the end, you win by having the best bunch of cards. Winning fights is important, but so is recruiting the right sexy soldiers and giant robots.

The art in The Valkyrie Incident is outstanding. I know some people don't love John Ariosa's sketchy style, but I thought it brought this game to life. The robots were bad-ass, and the death's-head chicks were tough, and the explosions were nice and toasty. There's not a lot of smokin' side-boob or anything - the art is pretty tasteful, for being a game about hot women with guns - but everything still looked rambunctious and exciting.

Now, I do have a major complaint with The Valkyrie Incident, and you'll have to decide if this is a deal-breaker for you. This game is a new direction for Small Box Games, in that instead of a small box, you get no box at all. Or bag. Or, for that matter, rules. You have to download the rules and find your own storage, because when you buy The Valkyrie Incident, you literally get just the cards.

I know the box might seem superfluous to some, but I don't just have card boxes sitting around my house to store decks of loose cards. I suppose I should buy a deck box to hold these cards, but then I kind of think maybe the company that sold me the game should sell me a box to hold it. I'm all for cutting costs, but there's a point where this is just silly.

If you can get past the complete lack of any sort of storage for the cards, The Valkyrie Incident is an engaging and clever two-player game with lots of violence and head-to-head competition. The art is great and you can finish inside half an hour, so it's also perfect to play with your buddy before the other two guys show up for your poker night.

You can get The Valkyrie Incident from Small Box Games. No word yet on whether they will be changing the name to 'No Box Games.'
http://www.smallboxgames.com/valkyrie.html
Posted by Matt Drake at 7:26 PM

To be fair, the Kickstarter copies did come with boxes and printed rules. There's about 500 copies out there, along with 500 copies each of "Shadow of the Sun" and "Stone & Relic". I backed all three games myself.

I did not realize that. A box and rules would have pretty much made this a 100% positive review.

That's kind of weird. I didn't know the post Kickstarter version of the game had no box or rules. Maybe it's because it's a review copy?

I think SBG ran out of the KS copies and all they had left were unboxed copies. I think the boxes were KS exclusives, and the next print run would have a different box.

He is currently having a sale on his site for the last few copies.

Yep, the card printer screwed up and we ended up with more copies of the cards than we did the boxes and rules. Instead of having more boxes and rules printed, and marking the game back up, we cut the price, and made it cards only. With the small amount we have left (couple hundred) making boxes and rules for these would not have made sense. The same thing is true for Stone & Relic. - John, Small Box Games

I went for it -- a cool game on sale for cheap, and I just need to print off some rules and stuff it in an old card box? Sounds good to me. Thanks for the review, maybe I'll come back and let you know what I think of the game.