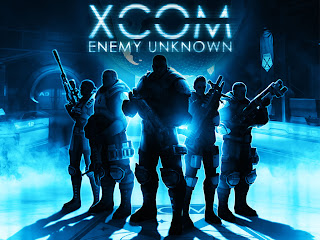 You probably have some fond, nostalgic memories of playing through the first X-Com game. Then the second, where they were underwater. Then the one in the big city, though that one sort of sucked so maybe the memories aren't as good. Then the first-person shooter that was an utter abomination and effectively killed the franchise because of how much it blew goats.

Well, in the world of video games, nothing awesome stays dead forever, so X-Com is back. They've rolled the whole series back to the first game, the one where the entire world was defined by a square grid and aliens only ever crash-landed in fields owned by corn farmers, and they retained that sense of wonder and amazement you got the first time a sectoid fired a plasma pistol at your barely-armored X-Com troopers. They also included the feeling of filling your pants the first time a giant walking tank took a rocket blast to its alien face and laughed it off right before shooting a fusion ray through your midsection.

Of course, the graphics are all updated. No more pixelated body armor, no more graph paper floors, no more clunky sprites. Now you get a line around the area where your trooper could move and still get an overwatch action, and a second line where he can go if he wants to hang his ass out over the side and ask aliens to blast him an extra bunghole. Those sprite-animated movements have been replaced with troopers who will jump over a stack of crates, run in a crouch across ground littered with burning debris and dead bodies, then flatten against the brick wall that they hope will provide some protection from the Muton's heavy plasma cannon.

The gameplay is all updated, too. If you did manage to play all the way through any of the X-Com games, you remember how tedious it got when you had to respond to yet another terror attack in Mombasa (a city that looked remarkably similar to Paris and Moscow) and it took forever to find that last alien, moving half a step at a time to make sure everyone in your squad could get an overwatch shot if the son of a bitch popped out behind you. That tedium has been almost completely eliminated in Enemy Unknown, and every single squad mission is fun now.

In fact, where the original games recycled locations for the squad missions like an inner-city high-school using textbooks from the 1950's, Enemy Unknown actually shows you different terrain for different parts of the world. When I investigated a crash site in Japan, the burned-up forest looked completely different from the battleship I shot down in Arizona. This isn't entirely consistent, and sometimes I blew up the same gas station in Mumbai that I destroyed in Vancouver, but I didn't tend to see the same damned thing over and over. There was plenty of variety in the maps, enough that I never said, 'yeah, I know exactly where the bad guys are on this map.'

However, even with all the great updates that have been applied to Enemy Unknown, they still kept so much of what you loved about the original. Cyberdiscs and chyrsallids, sectoid commanders and ethereals, even the Firestorm with a plasma cannon. You'll still get totally attached to your troops and have a sick feeling when your entire squad of veteran ass-kickers gets devoured by hideous alien insects. And when your soldiers board an enemy ship, and their boots make that metallic ring against the floor that is exactly the same sound you recognize from the original, you'll be forced to smile. Unless some mutant cybernetic killing machine blows their faces off. That will ruin your smile.

If you've never played any of the X-Com games, maybe because you're only 15, you're in for a treat. Fast action in a turn-based tactical game, carefully planned research, and strategic satellite reconnaissance - this is what's waiting for you in X-Com Enemy Unknown. If you did play the originals, you're also in for a treat. Everything that was great about the original games is still here, including the brutal difficulty levels, the excitement of unlocking new enemy weapons, and the thrill of bringing back the bad guys in one piece so your slightly sociopathic science team can interrogate them before turning them into spare parts. This game is every bit as excellent as the original, and even better.

Pros:
Excellent turn-based tactics and long-term strategy
Exciting graphics upgrades make it fun to watch your troopers kill bad guys
Squad missions never get as tedious as they used to be
A great story with a surprising twist at the end
All the same nostalgic elements you loved about the original in a vastly improved package

Cons:
Slightly prone to crashing (mine froze up twice)
Posted by Matt Drake at 12:33 PM