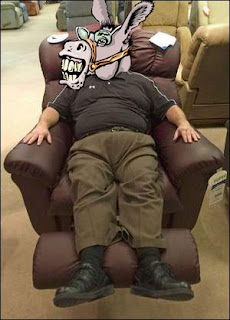 I write about games. People read what I write. And lots of ignorant bastiches seem to think that it's their God-given right - no, their holy duty - to disagree with me when they have no idea what they're talking about.

Now, let me say up front that I have no problem with people disagreeing with me, provided that they have any basis whatsoever for their arguments. Like, if you love Puerto Rico and don't think it's intensely boring, feel free to say that (though you will be wrong, because it totally is). If you have played a game more than I have, and feel a need to tell me that I don't understand the game properly, go ahead. I may ignore you, but I won't be offended because you have a different opinion. You're allowed, even if you're dumb. But if you have NOT played the game I reviewed, why in the name of Black Hades would you disagree with me?

Actually, I have some theories.

1) You are an Involuntary Celibate. You feel a desperate need to be right, desperate enough to tell people they're wrong even though you don't actually have any salient information on the topic at hand. Or you pick apart something written by someone else to find any bit of minutia that may be slightly incorrect, because your parents didn't love you and the only times you ever have sex, you have to clean off the doll afterward.

I see this pretty regularly. I'll write a whole piece about a particular game, often spending an hour or two on it just to make sure it's got enough crude humor, fact-checking myself here and there, and then some dildo with too much free time will jump in and say something like, 'great review! Just to pick one little nit-' (quick aside - who talks like this? Do people actually think they sound more intelligent when they take a common word and break it up so they sound like bad ren fair actors?) '-just one little nit, the green guys have a pointed hat, and the blue guys have a fedora, and I have a tiny penis.'

I can almost forgive this. If you're so freaking pathetic that you can only feel superior to someone else when you spot a typo, I'm more sorry for you than I am angry. I just shake my head at these people, and hope some bored prostitute takes pity on them and gives them a reason to want to bathe.

2) You are an Arrogant Craprooster. You think you're always right and feel that everyone but you is stupid (and I don't mean me. It's OK when I do it). This doesn't happen as often as the first group, which is good, because these people make me want to reach through the monitor and shake them like a baby.

For instance, in one review, a total nob felt that it was his sacred obligation to tell everyone reading that he could have designed the game better, and that I was wrong about my assessment of the game. Keep in mind that the game I was reviewing was an advance copy - nobody else has one yet. So this nozzle is actually telling me that I don't understand the game when he has not played it. Or even seen the pieces. Or even seen the damned box. He then went on to tell the game's designer that he would have done it better, and that if he is not happy when the game comes out, he will, in fact, improve upon it. And then he'll probably talk for a long time about how much better he made the game, irritating everyone except the three greasy-haired losers who think he's hot snot until someone actually flies out to meet him and beats him like a red-headed stepchild.

There is no cure for these people. These people are simply a blight. There are only two potential solutions to such know-it-all, worthless ass pirates. The first is the simplest - staple their mouths shut. Since that can be problematic, the second solution is more feasible - club them over the head with a large blunt object until their brains scramble and they find themselves physically incapable of forming sentences longer than three short words. Or ignore them. So I guess there are three solutions.

3) You're a Wannabe Insider. You love trying to make people pay attention to you and be impressed with the fact that one time you talked with Richard Borg while he was trying to get some work done. Now, these are the rarest of big-mouth assholes who spout off without any basis, and they are (in my opinion) the most amusing. If there's anyone more lame than a dweeb who thinks he has to name-drop to impress board game nerds, he's probably running around BGG thinking that he's a big deal.

These people have endless humor potential. When they actually do comment on topics where they are the least bit knowledgeable, they often have virtually no opinion, because while they have plenty of brainpower when it comes to showing off their inside information, they often have no actual original thought. Their main talent seems to be trying to tear down other peoples' work and trying to look cool because they know someone who did something one time.

4) You're a Dumb-ass Blockhead. You love the sound of your own voice, but nobody actually listens to you, so instead you post all over the Internet trying to get people to follow you. When I see one of these throwback cock monkeys, I delight in showing them how stupid they are. These kinds of blowhards will disagree with commonly accepted fact, not so that they can form their own opinions, but because they think fighting on a website makes them better than you (there may be a crossover with the second category).

The funny thing about these knuckle-dragging, argumentative losers is that they will never, ever admit that they may have been wrong. You can show them clear documentation. You can point to decades of precedent. You can point out that out of ten thousand people who have played the game to date, they are the only ones who think the way they do. And yet they will continue to bury themselves with inanity and pointless contention, showing the world their pasty white butts so that they don't have to admit to themselves that there's something they don't know.

Collectively, I like to call anyone who falls under any of these categories an 'armchair jackass.' They are no better than hecklers, producing nearly nothing but a desire to do violence. And yet, I should be grateful for these losers, because the incessant barrage of critique from gender-ambiguous fat kids, self-important dickheads, celebrity wannabe douchebags and bullheaded crap magnets was one of the reasons I decided to try my hand at making a game of my own. I've been working on it a lot recently, and it's fun. Holy crap is it hard, but it sure is fun.

So the next time you see an armchair jackass, you've got one of two options. On the one hand, you could attempt to show them the error of their ways. This is usually completely pointless, because if they were smart enough to learn, they would have been smart enough to keep their big mouths shut. The second option is to simply ignore them. This is effective, but often not as much fun.

Come to think of it, there is a third option. You could start your own review site and use it to call these people names. That solution is my favorite so far.
Posted by Matt Drake at 8:45 PM

Oh, I wouldn't argue with that guy, Drake. He is, after all, a GAME DESIGNER, as indicated by his special GAME DESIGNER badge. Also, he is very handsome. So handsome, in fact, that he had a duty to use a close-up of his face as his avatar. So that we may all enjoy his handsomeness. There's just no way you can compete with that.

Drake, this post makes no sense, and I think I only spotted three typos, so your getting bedder, almosst as good as me.

But you are dead wrong about Puerto Rico, you nincompoop, if I may pick a nit. I was talking to Alan Moon, Richard Garfield, and a few other great designers the other day, and they certainly wouldn't have liked your style.

You just made me laugh out loud and will be the smirk on my face for most of the day.

That is just to funny

it is kinda like my favorite Grateful dead bumper sticker " If I have to explain it to you, you just won't understand "

It is really sad that there are so many people who for what ever reasons are so insecure that they try and look cool by putting other people down ( to make themselves feel better I think ).

That is great to hear that your game is coming along, that is just way to cool, Good On Ya

Sorry, but I think this is the post that finally makes me delete you from my RSS feed.

You had this sorry-ass website on your RSS feed?

You can do that?

I have a list of designers that I know and I'm prepared to share it. Oh, and I think that other dude was just name dropping the term "RSS". :P

You know what I hate even more? People who leave nonsensical, incomplete posts in the

First, I deeply resent the Involuntary Celibate portrait. How dare you publish so accurate a picture of me! My lawyer's will sue for libel.

And, secondly, a small point of grammar, if I might jist critic a criticism (sp?), Tom, Vasl,said "..... almosst as good as me", when it shuold be "almostt as WELL as me" and watch out 4 runon sentances two.