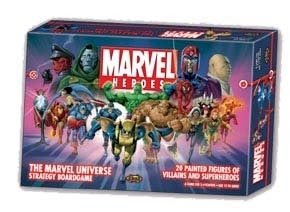 Some of the greatest advances in culinary genius have come from some really unpredictable sources. For instance, how drunk did that first French guy have to be to see a slug crawling out of a his garden and think, 'man, that would go great with some bread and a nice merlot'? Sometimes adding a completely unexpected ingredient has turned an otherwise mediocre meal into a masterpiece.

And then there are those times when you've got all the right ingredients, stuff that should be almost impossible to screw up, and you still have a bland, unremarkable dinner. There's no reason bread crumbs, savory spices, chicken and salt has to make a boring dinner, but to this day, I still won't eat baked chicken. It's not that the dinner is bad; it's just that it's not all that interesting.

So before you get the idea that I've decided to turn this into a cooking school (and it's best I don't - I would want to team up with Gordon Ramsay to bludgeon Rachel Ray with a tenderizing mallet), let me tie this in to board games. There are more than a few games out there that seem like they would be impossible to screw up, and yet even when you toss in all the pieces that should make an excellent game, they somehow go together to make a mediocre experience.

In Marvel Heroes, you start with what should clearly be the cornerstone of a brilliant game - superheroes. And not just any heroes. We've got Wolverine, Spidey, Cap, Hulk, Thing, Iron Man and lots, lots more. The mainstay heroes of the Marvel Universe come traipsing through Manhattan to do battle with Super Skrull, Doctor Doom, Magneto and more villains than you can shake a pair of metallic tights and a dorky cape at.

But you can ask anyone - a theme alone does not make a good game. Well, you can ask me, anyway. Your co-worker who comes in every Monday jabbering about whether his favorite team covered the spread probably couldn't tell you whether you can base a game's worth on its theme alone, but then in all fairness, I still don't understand why a man in motion gets a yellow card during a game of pickle in the end zone. Happily, Marvel Heroes has more than just a great theme, and someone else can figure out why their favorite players are in penalty boxes during corner kicks.

For starters, it's got great components. There are 16 superhero figures and four villains, all sculpted by Bob Naismith, one of the finest miniatures sculptors in the field. There are bunches of cards with some of the greatest comic art ever made (including my favorite villianess-turned-quasi-heroine of all time, White Queen, who I mostly think is awesome because I'm male, and she has a totally kickin' booty). There are eight really cool dice with biffs, pows, and exclamation points. There's a great board that looks like Manhattan. The pieces in the box are damned pretty, and totally look like the great pieces that make up a great game. Now how much would you pay?

But wait, that's not all! In Marvel Heroes, you've got a really cool asset allocation thing using plot points to activate your heroes. You can send Captain America or Daredevil into the city pretty cheap, but bringing out Hulk or Doctor Strange can be a little more pricey. You can also save a little by sending in heroes to support your main guys, and you can play ally cards to show up for a couple issues. Colossus can show up, take a couple good thumps for you, and then go back to Russia to be a good-natured, one-dimensional stereotype again. Hey, it's comics. If you want character development, play the board game adaptation of East of Eden. That should be awesome, because who can resist a slow-moving, plodding character study?

Turns are even pretty cool. Every turn, up to six different incidents all over the city call out for superhero intervention, from attacks in the subway and jewel heists to flying saucers and toxic gas clouds. Some heroes are better suited to particular events - Mister Fantastic is good at dealing with science problems, while Hulk is just really good at smashing stuff. You assign heroes to deal with a threat, and their abilities help determine just how dangerous the problem really is, and then the other players get to spice things up by adding heroes. And this is still comics, so it's really not as big a stretch as it should be for Omega Red to show up with Skrull warriors and Sandman as backup. OK, yes, I read enough comics to know that's unlikely, even in comics, but seriously? Am I the only one who read the Spidey clone saga? That was so silly, it should have been a Laurel and Hardy movie.

All these various factors go together to make what seems like it should be brilliant. Choosing heroes, choosing threats, manipulating die rolls, and then using Magneto to rip out Wolverine's metal skeleton (ignoring the fact that adamantium is not ferrous, and should not be subject to a magnetic ability) - these should be the pieces of a really awesome game.

Unfortunately, Marvel Heroes is a board game version of baked chicken. You've got great ingredients - superheroes, cool dice, involved turns, lots of decisions to make - and yet somehow, they don't come together to make a game that demands to be played. For one thing, turns seem to take longer than they should. A three-hour game might only get through the third or fourth turn, which means Iron Man might spend a whole afternoon surfing porn on his suit's computer while Hulk and Captain America do all the actual crime-fighting. The ability to play your opponents' archvillains means there's almost always something to do, but it's never that exciting, even when you do get to use Red Skull's dust of death. When it's not your turn, you might be watching two other players do everything interesting while you plan how you're going to do one thing that takes five seconds before the action passes right over you again.

That's not to say Marvel Heroes is a bad game, exactly. It does have a great theme, and it executes the theme very well. It has very nice pieces and some excellent strategic depth. It's just not as brilliant as it looks like it should be. All those great parts don't come together to make a great game. In fact, all those great partsmight just come together to save what would otherwise be a really boring stinker of a game. But whether there are low points that offset the high points, or great parts that save a game from complete suck, Marvel Heroes ends up being decent, rather than kick-ass or awesome. If you love the theme and have some patience (two things that might be mutually exclusive, or you would be more interested in games about Shakespeare than games about comic books), Marvel Heroes might really appeal to you. I don't hate it, but I probably won't play it again any time soon.

Cons:
Slow - which is not a good feature in a game about comics
Some rules impair the theme

Marvel Heroes doesn't suck, so if you feel like giving it a whirl, you can get it pretty cheap right here:
http://www.boardsandbits.com/product_info.php?products_id=19410
Posted by Matt Drake at 5:18 PM

I played this with Truth for 5 FREAKING HOURS! I'm not sure hate is the right word to describe it though. Major disappointment would be better. The rules were horrible,it's almost like FFG released it w/o play testing it. I mean that could never happen.....this game could have been great if they had their shit together.

I agree the minis are beautiful, that's why I picked up a set for free.

This is really very interesting information found here... really I like your blog very much! Thanks very much for sharing such an interesting blog post.

hey buddy,this is one of the best posts that I�ve ever seen; you may include some more ideas in the same theme. I�m still waiting for some interesting thoughts from your side in your next post.